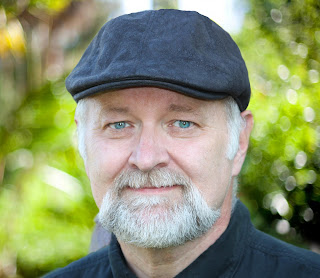 Recently Dave released a book geared toward writing titled Million Dollar Outlines. In it he discusses how to write a novel or screenplay that has a wide readership, giving it the potential to become a bestseller.

Some of his past writing students that have gone on to success include #1 New York Times Bestsellers such as Brandon Mull (Fablehaven), Brandon Sanderson (Wheel of Time), James Dashner (The Maze Runner) and Stephenie Meyer (Twilight).

Along with providing writers with outline and audience analysis methods, Dave also offers 28 “plotting tools” in Million Dollar Outlines. A plotting tool is basically a technique that can make your story more exciting, interesting, satisfying, or complete.

Today, Dave is going to share one with us:

When we talk about writing, there are three kinds of crucibles—crucibles of setting, relationship, or condition. We’ll talk about those in a moment, but first we need to define, “What is a crucible?”

In metal-smithing, a crucible is a container used to hold metal or liquid as it boils. For example, to melt gold, one takes a heavy bowl made from steel and sets it in a fire. The steel, which can withstand higher temperatures than gold, doesn’t melt. But the small container quickly becomes super-heated, so that the gold liquefies in moments.

In fiction, a crucible is any setting, condition, or relationship that keeps characters (such as a protagonist and an antagonist) from splitting apart.

By forcing these characters to remain together, we may sometimes create an almost intolerable atmosphere. It allows us to super-charge the relationships, raise the heat.

For example, imagine that John and Mary have been married for years, but have grown apart. They decide that they don’t love each other anymore. The logical thing for them to do would be to divorce and split up, right?

But there’s no story in that! The characters could easily resolve the situation by leaving—so as a writer you need them to stay together.

So imagine that John and Mary have grown apart, but both love their six-month-old daughter. Neither is willing to end the relationship so long as they risk losing the child. Now you have a crucible, a binding force that keeps the two together.

But there are different kinds of crucibles. Maybe it is a child. But maybe you could do the same by putting them both in a car and having them get stuck in a snowstorm. The car is a different kind of container from the relationship, but both work to keep the couple together.

So here are the three different types of crucibles.

A setting may act as a crucible. You’ve all seen comedies where several people are stuck in a cabin in a snowstorm, and each of them is at the other’s throat. You will also quickly remember the movie “Snakes on a Plane,” even if you’ve never seen it. A crucible of setting might be a story set in your characters’ workplace, on a ship, or in a small town. The important point is to keep the characters together as much as possible, and to let personalities rub against one another until their tempers boil.

I recall a fine western when I was young about two heroic cowboys who are both in love with the same woman. They are forced to band together to rescue her from a kidnapper. The men hate each other, and as the audience gets to know each man better, they both come to vie for our affections.

Soldiers in a squadron will find themselves in a crucible. For example, in The Lord of the Rings, those who had joined the Fellowship were thrust into a crucible—a small band of men forced to band together for their own protection.  It may be that your character finds himself fighting beside someone he detests—a murderer or a rapist—and yet he is unable to walk away from the conflict.

A crucible may also be your conflict with your culture. We’ve probably all known various folks—Catholics, Jews, Muslims, etc., who try to leave their religion behind but can never stop talking about it. But it doesn’t have to be your religious culture. My father ran away from the Blue Ridge Mountains to escape the hillbilly lifestyle. I had a girlfriend who left her fine home in Southern California because she despised her family’s wealth. In the movie My Big, Fat Greek Wedding, we have a girl whose main conflict comes about when she is embarrassed by her ethnic roots.

An intolerable condition may also be a crucible—such as an illness that two very different characters may join forces to beat. We see this type of crucible used every week as Doctor House tries to solve the latest medical mystery. But you can also set your characters up to fight an economic or political condition—the hunger in India, the tribalism of North Africa.

The condition might be something as mundane as crime in the streets. Policemen who despise one another are often found joining forces to fight drug lords, rapists, and other types of crime.

So as you form your story, consider how you might strengthen your conflicts by developing one or more crucibles.

To learn about the rest of Dave’s plotting tools, or how to write for a wide audience, you’ll have to check out his book: Million Dollar Outlines

Here are some of the reviews it’s received so far:

“Mr Farland didn't write a book about outlines; at least not only outlines. This book shows you how to write a book, story, and screenplay from blank page to your first million. I can only imagine better instruction from Mr Farland in person, and plan to take one of his workshops based on the strength of this work alone.”

“Actually, I have a book on novel outlining which has like 5 stars ratings. It is way boring. I just couldn't get through it. So when I learned David had written a book on outlining, I knew he could do the topic justice...and make it interesting. . . . Since David wrote this, I KNEW he had something UNIQUE to teach, that is, his viewpoint, his experience and his SYSTEM. Plus, I knew his conversational, no fluff way of writing/teaching would drive me, compelling me to devour it. And it does.”

Can you think of any more examples of crucibles? Can you see a way to strengthen your own story by adding a crucible? Leave a comment and let us know!

Writing Humor: What Funny and Frightening Have in Common

Posted by samrvs2@gmail.com No comments: