Writing Flash Fiction – The Science of the Microshort

USAR Captain (Ret.) Yancy Caruthers and I have been best friends for more than 30 years, and in that time, he has given me more good advice and encouragement than probably any human being has a right.  I am proud to say he has agreed to guest blog for you and I today at Scene Clearly about his techniques and success in writing flash fiction.  Look for his stories in such online pubications as Ascent Aspirations coming in 2013. 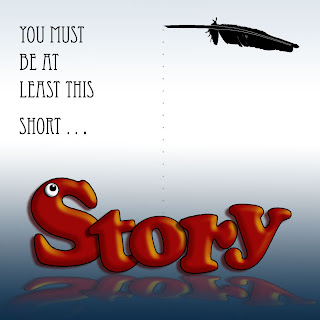 Flash fiction, or short-shorts, have nothing to do with Daisy Duke (Catherine Bach, not Jessica Simpson), although they certainly could.  They are defined as stories with less than 1,000 words, and are increasingly popular with online venues.  Some forums ask for even less.  Like Daisy's shorts, shorter is better.

What was I saying?

That’s it, thanks for reminding me.  Back in the days of high-school research papers, a required length was the enemy – it need only be exceeded, and all was well.  It was easier to write a three-page paper than a six-pager.  The use of maximum verbosity and superfluous words was encouraged by the format, so the idea was to cram in as much unnecessary crap as possible.  Never use a big word when a diminutive one will suffice.

Writing flash fiction has the same enemy, except the author is on the other side of it.
To make my point, there are 150 words preceding this paragraph.  If the venue has a maximum of 500 words, then the show is 30% done, and I have barely defined my topic!

For this reason, short-shorts are usually limited to a single scene.  There might be two characters, but certainly no more than three, and the reader can’t know them.  As a writer of short-shorts, you have a choice between setting the scene and rounding out the character.  Do too much of either, and you are toast.

Oh wait, a plot.  Excessive exposition is strictly off-limits, and more than a few lines of dialogue is also a no-go, so better start with action on the part of the characters.  You don’t have time to build fear, the reader has to start out afraid.  In the first line of the story, the psychopath is RIGHT BEHIND YOU.  The intruder has to already BE in the house.  The smoke is ALREADY coming under the door.

Steve jerked his hand from the doorknob as it burned his hand.


What does the reader know?  Well, I'm pleased to meet you, Steve, but we don't have time for introductions, nor do I really care what you ate for breakfast or that you just broke up with your girlfriend last week.  Your building is on fire, and leaving by the front door is not going to work.  You better do something fast or it's goodbye, Steve.

He pulled the last of his towels from the arm of his wheelchair and began rolling it.


The reader isn't stupid, we know what Steve will do with the rolled-up towel, so there is no need to say it.   We've also got a good idea that our hero won't be taking the stairs.  In two short sentences, we know a lot about Steve and his current situation, and man, is he screwed, or what?

Of course what follows will be what Steve does, and how his fear builds.

Three quarters to your word limit, and you should go back and eliminate the unnecessary, to make room for the ending.  Here’s an example:

Todd wasn’t sure if Karen was awake or not, but surely she was.  He made a soft “shhh” and slowly pulled back the covers.  The scratching sound they made when he did so was deafening, in spite of his efforts.


It makes the point.  But consider this:

Todd wondered if Karen slept. "Shh," he whispered just in case and eased back the covers that despite his effort scratched loudly, like sandpaper.


Both paragraphs say the same thing.  The first in 40 words, the second in 24.

So what would possess an author to write flash fiction?

That’s easy, it’s fast.  It’s so fast that you can’t get married to it.  Instead of carefully cultivating that final version, you can easily manage two or three alternate endings – in fact, with a few changes, that scenario can result in more than one completed story. If you hate it, write it anyway, and change it later.

It's so fast, in fact, that one can scribble a few notes before bedtime, and draft a piece the next morning.  With a few revisions, it can be headed to an editor before the sunset.

In the end, that’s why I write short-shorts.  I wanted to finish something, and the three-page paper was still more alluring than the six-page one.

Little did I know.

Blog: The Pen and the Sword

Where Do You Get All Your Ideas