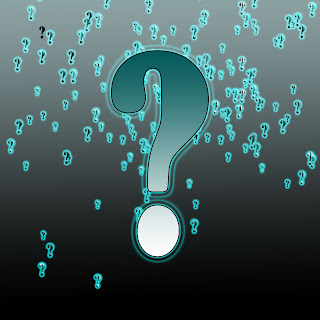 Recently, a reader sent me a question about how to tell a story through the antagonist's perspective.  This person allowed me to post a generic version of our exchange here in hope that others might find it useful.

I want to see if I can write a killer through his point of view. I can't figure out a believable motive. Can't figure out how to make that work and everything else he does.

You're not talking about an anti hero -- Robin Hood and Cap'n Jack Sparrow are anti heroes -- you're talking about telling the antagonist's story from his point of view.  In short, that won't work.  Well, it won't work easily, without a lot of reader manipulation carefully added so that it doesn't feel like manipulation.

You see, anti heroes are difficult to write because reader involvement requires sympathy for the main character.  Without it, readers don't care about the character and they get bored with the story.  Antagonists by definition are unsympathetic, because their role is to attack the people we root for.  These actions are why we see them as the bad guys.  Imagine The Silence of the Lambs told through Hannibal Lecter's eyes.  His character would have to change significantly for the reader to follow, because while his intelligence is admirable, Lecter is inhuman.  How can the average person sympathize -- or even understand -- a character whose goal is to cannibalize another human being in the most humiliating way imaginable?

This is why, in my opinion, Thomas Harris chose Clarice Starling as the viewpoint.  It's easy for the reader to sympathize with someone who is young, green, innocent, and even has a cute birdie name.  We might never have pondered the best wine to serve with human liver, but we've all felt intimidated and overwhelmed by an assignment.  Furthermore, Starling's primary traits are absent from Lector's character.  These individuals balance each other out, thus belong together.

Your character could stay as-is in a longer, novelette-to-novel range story.  Something that could support multiple viewpoints.  That way you could switch from one to the other to give the reader not only someone to root for but also a relief from the intensity of the killer's uncomfortable perspective.

The killer could be mentally ill in a way that he doesn't understand his own actions.  The reader might sympathize, especially if the killer feels grief.  This changes the motive and in fact the foundation of the personality so that he will feel less like a killer and more like someone who is suffering.

Otherwise, you're going to have to find a way to make killing his victim justified.  The victim must be a heinous person who has done something unquestionably wicked. Even then, you've got a lot of work ahead of you to convince the reader that killing the person is better than simply turning him or her over to the police.

Another route might be that the killer is saving his intended victim from a fate worse than death.  This will put the reader in agony.  They will hate you for it, but they won't be able to put the story down, and they will hope you do it to them again in the next story.

Keep in mind, however, that these last two possibilities shift the killer from antagonist to a heroic character.  That might not be what you want.

Your idea is a good starting point, because it forces you to make it plausible.  If you can find a way to make an inhuman character someone the reader is willing to follow, you will indeed have a good story on your hands.  Playing these what-if games are what evoke the most interesting and original ideas.